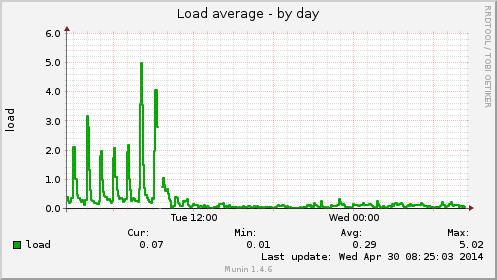 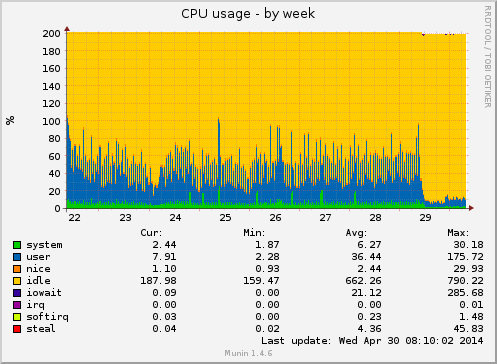 There’s a Sam Black Church documentary on Kickstarter being done by the absolute best choice to do one, Duncan Wilder Johnson.

Update: …and it’s funded, which means not only will the documentary get finished (right Duncan?) but there will be more SBC shows in support of it! AWESOME!

I’ve been meaning to write something about SBC since their “last” show back in September of 2001 (a few months after CJ was born). I’ve made lots of notes in my head, got a bit further after the 20th anniversary show (a few months before Isaac was born) but never actually got to the point where I thought I was finished.

But fuck it, now seems like a good time to put out something at least and to hopefully get some more backers for the documentary because I really, really want that thing out. I value my marriage a bit higher though, so I won’t do something crazy like backing the remaining few $k myself.

I would probably start off by saying that I vividly remember my first Sam Black Church show, but I don’t. I remember a lot of the night the show happened in 1997. Nothingface opened for them at Club Toast in Burlington.

As was my custom, I had gotten a little bored sitting around Poultney and just driven up to Burlington early, and sat in front of the door at Club Toast waiting for them to open up. People would walk by and look at the poster that listed who was playing that night. One straggly guy walked by, saw the poster and said something along the lines of “Ohhhh, Sam Black Church, that guy is crazy!” I personally was there to see Nothingface. I had seen them open up for L7 a few months earlier at my very first show at the same place. I still regard Club Toast as one of the greatest venues ever. It’s up there with CBGBs in my book.

I had finally gotten in and just generally hung out until after Nothingface played their set. I then interviewed them for a zine I was publishing at the time after their set, and talked with JR for a little bit before SBC went on.

I was 50/50 about just heading the 70 miles back home at this point, but the crazy guy from outside had convinced me to stay.

I staked out what would be my new customary position of the front row on the far left of the stage, and the crowd, which to my surprise was quite sizeable behind me already, started chanting “SBC! SBC! SBC!”. Then they took the stage and what went through my head was “Hey! It’s Pete Townsend!”.

Now, I know I said above that I don’t remember my first Sam Black Church show, but I’ve written quite a bit so far. That’s because I am about at the end of my memory of that night. I have not left out that I consumed any amount of alcohol or other mind altering substances, because I was 100% completely sober and awake for the entire event.

The Pete Townsend thought was the last conscious thought that went through my head because a few seconds later the band launched into the first song in their set, Jet went flying directly over me, some sort of psychic nuclear warhead was detonated on stage by the combination of those four people and my world changed. Music would never be the same again for me.

I’ve had three “Holy Shit!” moments when seeing bands play live. It’s where the music almost causes an out of body experience. Again, all 100% substance free, I just connect to the music in some magical and wonderful way. One was the first time I saw Mogwai, the second was the first time I saw Scissorfight, actually it was before “Scissorfight” played their official set. Everyone but Ironlung filled in for another band that missed the show and they just jammed on some nasty awesome blues stuff for 45 minutes. The third one was the second time I saw Sam Black Church play, which was a few months after this show when they came through town again. I guess my mind was prepared for that one.

I have bits and pieces of that first show of Jet grabbing my head and making me head bang, of gallon jugs of water being throw at me and all of this happening in almost slow motion, like I’m Frodo with The Ring on.

My next clear memory was being stopped at the side of Rt. 7 a little north of Vergennes, outside of my car feeling like I was going to be sick. I had picked up a half gallon of chocolate milk from somewhere (this would become a custom as well, the chocolate milk, not the being sick) and that helped me feel better for some reason.

I never missed a Burlington SBC show again after that. I even made most of the Albany and Bennington / Brattleboro ones as well. I’ve seen quite a few other loud, crazy metal shows since then as well. Slayer, Pantera, Metallica, etc, along with lesser known, but still amazing bands like Tree, Scissorfight, Chainsaws and Children, Five Seconds Expired, etc. None of these bands were at the level of Sam Black Church was in those tiny little clubs. Pantera was a distant second. 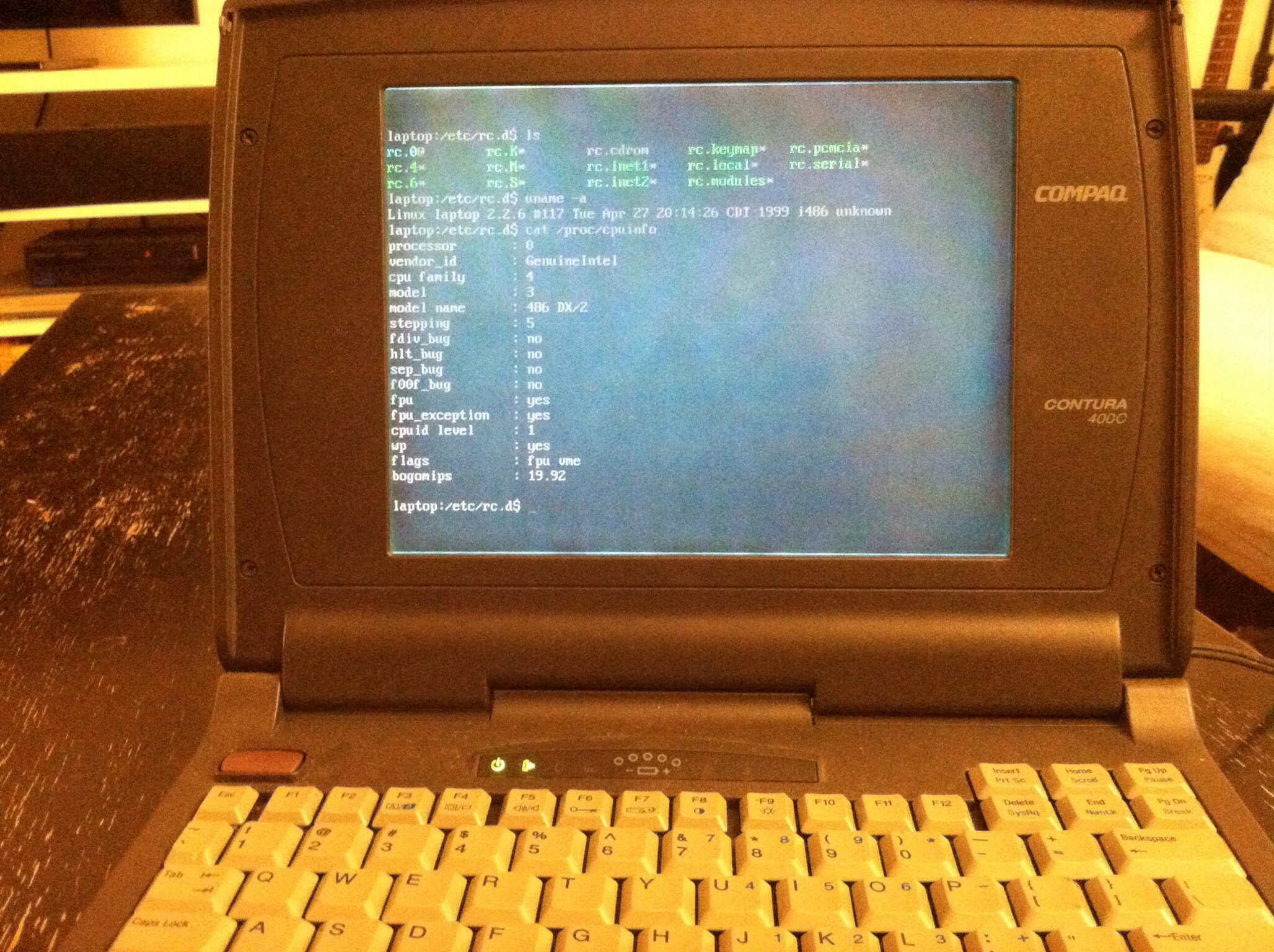 A few months ago I rescued a box of stuff from my mothers house. It was mostly things that I left in my room when I moved out many many years ago. One item was a Compaq Contura laptop. It didn’t have a power cord but today I found one that worked in my basement.

Surprise! It boots! Into Windows 95!

The trackball doesn’t quite work, but I was able to navigate around with the keyboard. Windows explorer reveled a curious folder called “Linux”. Hmmmmm. Shutdown to DOS, cd \linux, Linux.bat, and some version of Linux is now loading. Wild!

I think I mostly used this for icq and irc while watching TV. That means I must have a PCMCIA Ethernet card somewhere for this. No ssh client or server installed, so we just have to do with iPhone pictures for now. 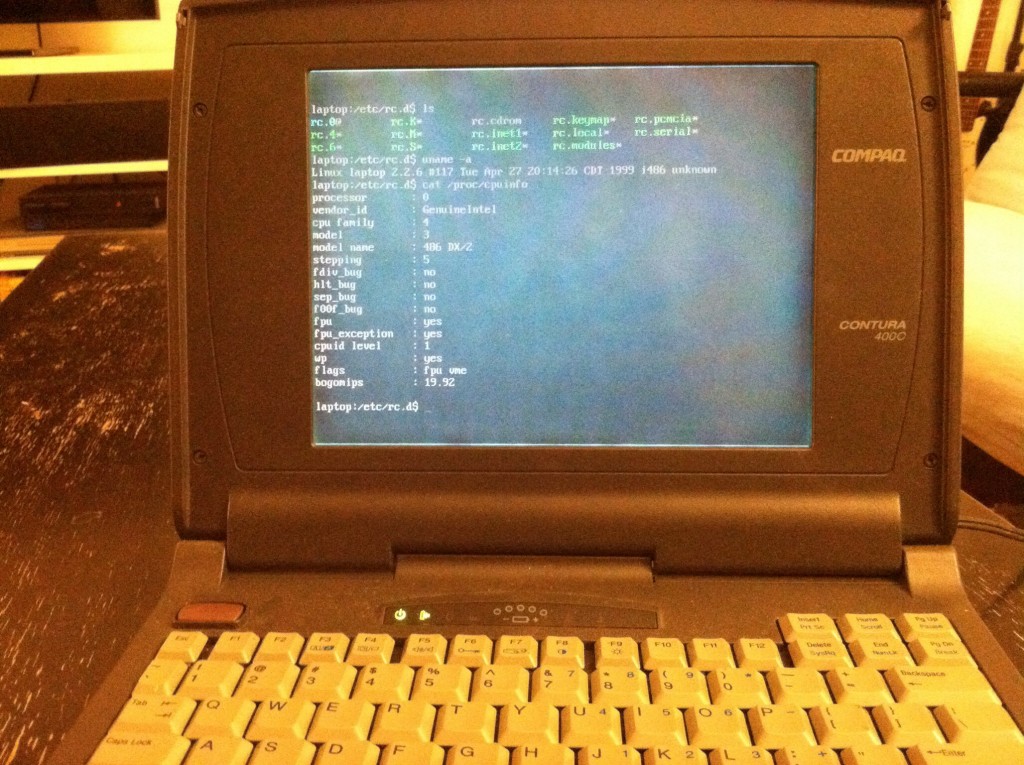 No Vim, but vi brings up a familiar looking screen, but wait! It’s Elvis 2.1! 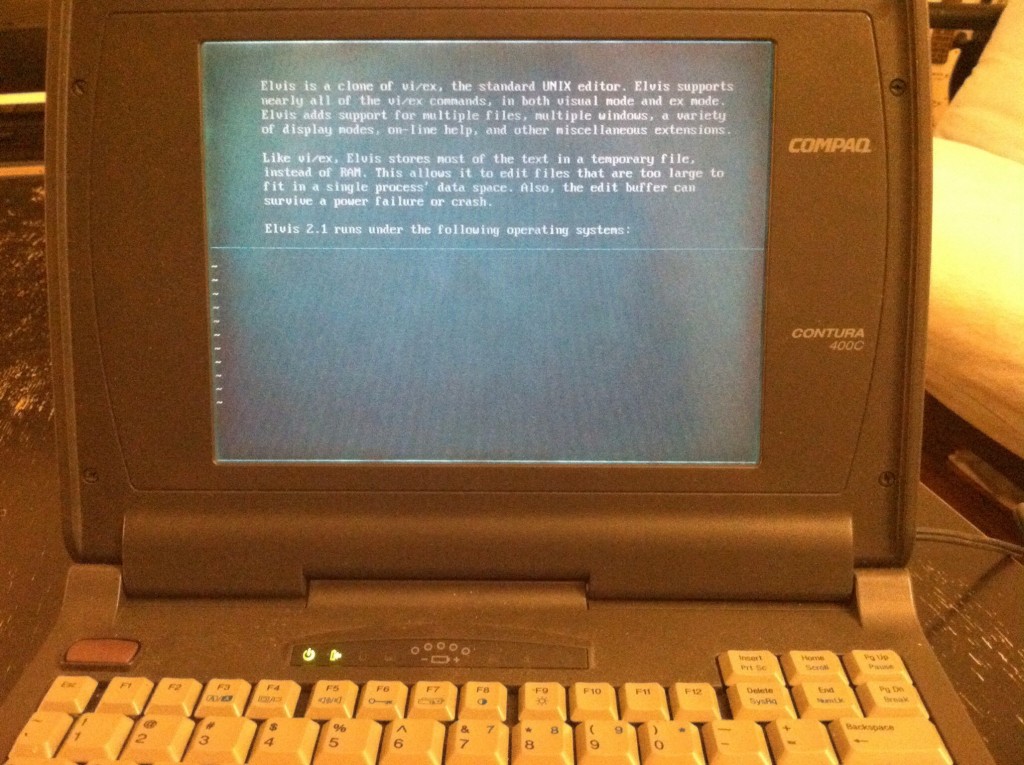 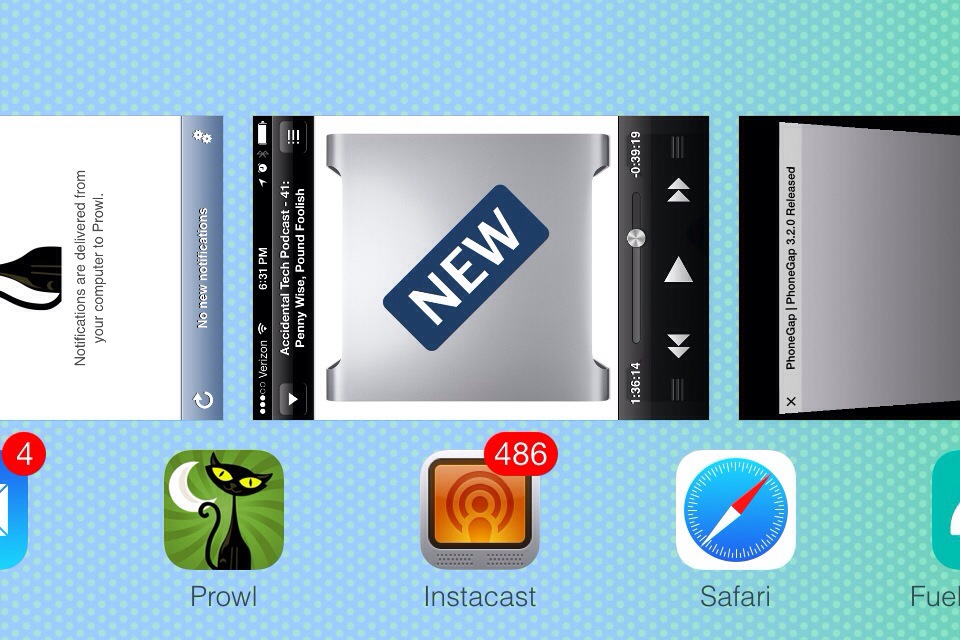 So I saw this post show up in Twitter If Gmail Were Built With Drupal, and this is what I get when I visit: 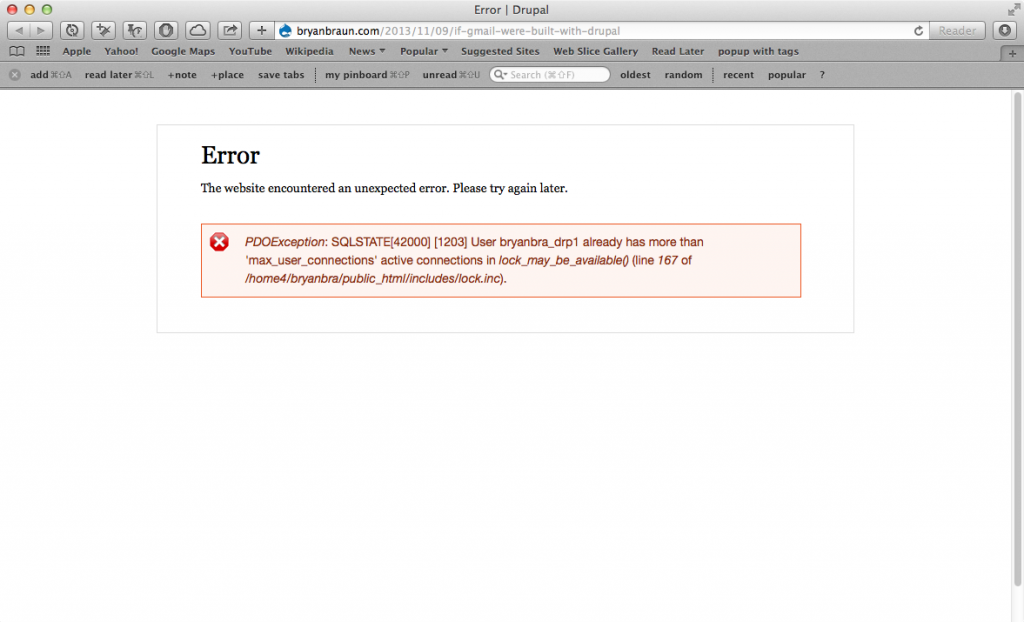 Is that the joke? Oh, wait there’s a Google Cache version, which points out other issues with Drupal. I think the “max_user_connections” error is probably sufficient to make point.